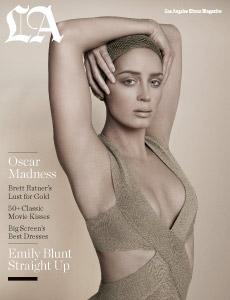 On February 11, an LA Times Food article included a profile of Modern Spirits (TRU Vodka, found at some of LA’s best cocktail bars) and the ups and downs of being an artisan distillery.

Drink City is a solid list of cocktail destinations that includes The Edison, Seven Grand, Rivera, Roger Room, and Copa d’Oro. The Varnish wasn’t listed, but was instead mentioned in a sidebar on the Cole’s-Philippe’s French Dip rivalry. 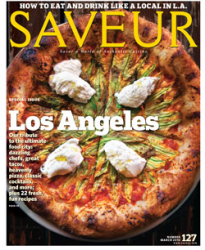 In Spirits of Polynesia, Jeff Berry takes a look at the wonderful Tiki-Ti, affectionately calling the owners “textbook examples of how not to succeed in the bar business.”

Also in the Saveur issue are cocktail recipes for Rivera’s Barbacoa and Tiki-Ti’s Cuba Kola and Puka Punch.

On Fat Tuesday, The Edison announced that Joe Brooke (named America’s Best Bartender and formerly at Copa d’Oro) would assume the role of Director of Spirits, a position formerly held by Aidan Demerest, now consulting for the cocktail program at the upcoming First & Hope.

The very next day, cocktail enthusiasts were a-Twitter over a Daily Dish post that said that Audrey Saunders had ended her Tar Pit partnership with Mark Peel. According to the LA Times, Peel said that Saunders “did all the training and designing for the original menu, and I think she did a great job. We just came to a parting of the ways.” It was announced that Marcos Tello would head the Tar Pit bar, until word came later that day that he was also leaving. Squid Ink followed up with a confirmation that Marcos had indeed resigned from the Tar Pit to return to The Varnish as well as consult on the aforementioned First & Hope.

Speaking of Squid Ink and First & Hope, Caroline on Crack posted a sneak preview of the forthcoming supper club, scheduled to open in mid-March. The preview also includes a recipe for the Champagne Julep, an upscale take on the classic mint julep.

A week after the dust had settled at the Tar Pit, the LA Times published a review by S. Irene Virbila. Tar Pit got two stars from Miss Irene, who gave it props for the cocktails but thought the kitchen was inconsistent.

On Thursday, February 25th, Alex Day worked his last shift at New York’s renowned Death & Company. What does this have to do with L.A. cocktail culture you ask? Well, according to his interview with the Village Voice, Alex is heading to Los Angeles to open a bar with Death & Co. owner David Kaplan. New York’s loss is L.A.’s gain; stay tuned, friends. 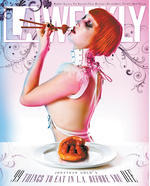 Last week, the LA Weekly published Jonathan Gold’s 99 Things to Eat in L.A. Before You Die, a list that covers everything from “fugu to foie gras, pizza to panuchos.” Best of all, you can also have a great cocktail when you check off a few of these must-eat dishes:

Mezcal and tequila fans have been eagerly anticipating the debut of 213 Downtown’s Las Perlas, and according to blogdowntown, the opening could happen as early as today. The post describes the interior in detail, noting that Ricki Kline is especially happy with how his latest design for 213 turned out.